Gilberto or Huracán! (Hurricane) as he is at times enthusiastically called by his fellow staff members, has an enormous amount of energy that translates into the zeal that he has for his family, community and work for Union MicroFinanza (UMF). Now 37 years old he was born and raised in La Union. He attend the local colegio (high school) were he received a degree as a social promoter. For Gilberto this has led to a life of serving his community. He has worked on numerous development projects and with other NGOs before his time with UMF. 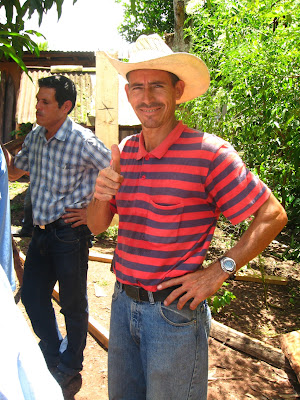 Gilberto stands out from his peers. There is a certain warmth and ability to connect with people that is genuinely unique. In the Machismo (excessive masculinity) dominated culture of La Union, Gilberto seems to show a certain sense of grace towards his wife, family and all he meets. He has three beautiful children Alan, Cristian and Sophia, who are endowed with the courteousness and intelligence of their father. When we first met Gilberto it was because we gave him and one of his sons a ride. They were walking the many strenuous miles between villages to conduct a health initiative for an organization. Gilberto had his son with him because he wanted him to learn the importance of serving the community. 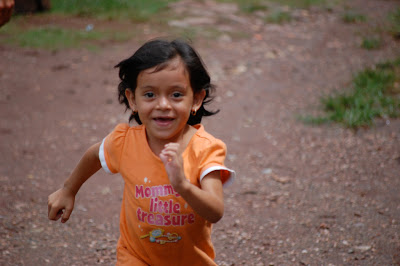 Gilberto's daughter Sophia
Gilberto’s home exhibits both the grace of Gilberto and the energy of Huracán. It is a place that is set up comfortably to provide for his family. However, many parts of his home exhibit traits of Dexter's “agricultural” laboratory. All ashes from the fire are put in barrels to mix with other substances for experimental fertilizers. Evidence of carpentry projects lean against walls and are represented by a beautifully finished reclining chair. His backyard is a botanist’s dream as the Garden of Eden seems to be finding new roots there.
Much of this is due to Gilberto’s inquisitive nature which in addition to everything else he exhibits is one of the tremendous strengths he brings to UMF. Whether you are hiking with him, on the agricultural test grounds of IHCafe or conducting a training session with him, he is always touching, smelling, tasting and taking samples.. Any new innovative farming techniques he is fascinated by. He will then take this knowledge and replicate it in experimental fashion in his back yard. 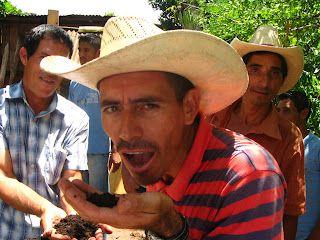 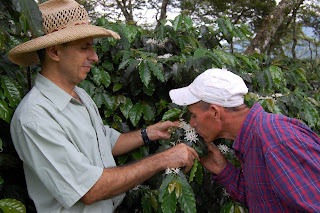 Gilberto the learner.
Lastly, Gliberto does not just learn and replicate, he teaches. Whether it is a group from the United States learning about coffee production or a group of UMF farmers, his passion translates into how he relates to people-mix in a little Huricon humor, a deep appreciation for the earth, a warm smile and the ability to explain things in a simple fashion - and you have Gilberto. 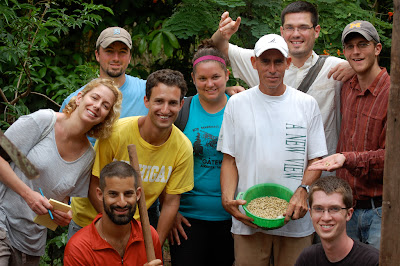 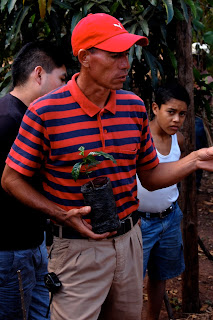 Gilberto the teacher
It is great to have him as a guiding figure and staff member of UMF.
And, that is Gilberto Hernandez: the Huracán, the Family Man, the Learner, and the Teacher.

By Andrew Boyd
Posted by Union MicroFinanza at 5:47 AM